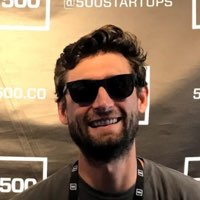 Justin Bradshaw
Blog
This is some text inside of a div block.
Published:
December 18, 2018

Sipping a frozen date shake with my boots up under the canopy of a sprawling desert palm, I look over at my dirty KTM perched idyllically next to the relic of a early 20th century cabin. For a fleeting moment, I sense a familiar anxiety—shouldn’t we be riding as hard as possible through sand and dust to conquer every last mile of the desert before the sun sets? Thank goodness, for the crew I am with, the answer is no. And my definition of adventure riding is cautiously evolving into something a little more…mellow.

For myself and the fourteen-person crew filming the inaugural Southern California Backcountry Discovery Route scouting expedition, this is day four of an eight-day adventure to scout, verify and document. A 820-mile journey from the Mexican border to the Eastern Sierra town of Bishop, connecting the best big-bike friendly off-road routes the Golden State has to offer.

If you ride an adventure bike, chances are you’ve heard of the Backcountry Discovery Routes (BDR). If you haven’t, you’re forgiven but do yourself a favor and go experience one of these stunning routes for yourself. Southern California is the eleventh project officially produced by the non-profit BDR; each has its own set of free GPX tracks (see CABDR below), while additional resources from Butler Maps, and full-length documentary following the scouting expedition team can be found on its website.

REVER has been involved with this incredible group from our inception, and I personally have had the privilege of supporting BDR efforts since their humble beginnings in 2009/10, participating in all but two of the official scouting expeditions.

Each of the previous ten routes stand out for different reasons, the common thread being remoteness and stunning natural beauty. SoCal, as it turns out is not lacking either. To showcase that uniqueness, we’ve broken this BDR into easily digestible sections with fuel, and logical lodging/camping opportunities along the way. Our large and lumbering team hauling drones and camera gear was lucky to conquer one section a day. Faster and more efficient riders can easily connect two or more sections in a day. Though if you don’t stop at China Ranch and put your boots up with a date shake, I’m telling you, you’re doing it wrong.

For us, the official start of the journey began in Picacho, a beautifully lush pocket of desert tucked along the banks of the Colorado River north of Yuma, Arizona. After taking the 4:10 to Yuma (kidding, I rode out from our offices in Colorado), I met the expedition crew, including a drone pilot, photographer, and professional rider turned corporate tester Quinn Cody. Picacho is a perfect launch point for accessing Eastern California’s sprawling deserts and provided an incredible backdrop to prep our team and prognosticate around the campfire about week to come.

As it turns out, to no one’s surprise, the week was full of adventure. Within ten minutes of leaving Picacho we entered several miles of a deep, loose sand wash that challenged us all. There were more bikes on their side in this section then I’ve seen on all of the other BDR expeditions I’ve attended combined. The highlight by far, was playing witness to Quinn Cody riding two-up through that mess in an effort to help one of our team members who was struggling mightily with the endless deep sand. The skill to keep two big guys on a giant ADV bike was impressive.

One of the true benefits of exploring on two-wheels is the places you can go, but also the places you kind of have to go; for fuel as an example. This section checks both of those boxes. The riding between Blythe and the Sahara Oasis is typical SoCal desert, which is to say, dry, rocky, and fast in lots of places.

A few highlights include the Intaglios, ancient rock sculptures similar to the Nazca Lines in Peru. I had no clue these even existed in America. If you follow the route precisely, you’ll get to see them for yourself. They are easily missed from the ground though so if you can hop a ride on a helicopter or maybe a spaceship that’s probably best.

It seems that may have been exactly how the owners of the Sahara Oasis arrived where they did. You’ll see what I mean if you take the time to ride this route. You’ll have to stop there for food and fuel since there aren’t any other options. They know this too, which is why you’ll pay a nice premium for their fuel and shall we say “eclectic” landscaping.

Once you leave Sahara Oasis, the desert landscape begins to change a bit. It’s still very much a desert, but dusty brown roads make way to a greener backdrop of Joshua trees in the Mojave National Preserve. There are a few worthy historical sites to stop and kick around but after spending a few hours at the Sahara Oasis fixing bikes, we didn’t have time to waste.

Assuming you do, Goffs Schoolhouse and the Death Valley Mine are worth your time. If staying on the gas is more your style—like it is mine—then you may agree that The Mojave is one of the coolest places on earth you can ride a motorcycle. The granite two-track slicing through Dr. Suess-like landscapes is off-the-charts awesome. To add a little bit of excitement to an already kick-ass day, we nearly burned down our support Jeep while cooking from the back of it. There were some big flames, and lots of sand throwing, but in the end it was just close call, thank goodness.

Primm is a busy stop along the main corridor between Las Vegas and Los Angeles, just over the Nevada side of the border. After spending days exploring the vastness of the empty desert, it’s a bit of a culture shock to wade through the clinking slot machines to snack up.

The ride north from here is full of quirky and interesting two-wheel experiences. Starting with the opportunity ride to the bottom of a pit mine, right after you weave your way through thousands of solar panels at the Ivanpah Solar Electric Generating System. Even better than that, is taking the time to stop at China Ranch. A truly hidden oasis tucked in a small canyon among an otherwise barren landscape. This Date Farm (not that kind of date!) is known for its shakes. Like I said, if you decide to plow on and not take the time to relax under a palm tree here, I’m telling you, you’re doing it wrong.

With so many filming opportunities, this was a short day for us, ending just a few miles outside of China Ranch at a hippy hot-springs community called Tecopa. If five star resorts are your thing, this isn’t for you. If you’re down with 1970s mobile-home accommodation and soaking in funky community hot springs plopped in the middle of the desert, then grab yourself a growler (or six) of local beer and settle in like we did.

Death Valley has some of the most unique ADV riding you’ll find anywhere in the world. If you plan it right, by not trying to ride here in the summer, this is one of the most incredible places you could imagine. The BDR route enters the national park from the rarely visited southeast corner. Technically, this section of the park leading to Furnace Creek is part of the section four of the route but given our snails pace we spent a whole day getting from Tecopa to Furnace Creek.

Fueled up with stellar camp food and a bath in the campground sink, we spent the entire next day exploring Death Valley including the super cool Ubehebe Crater, Titus Canyon, and the famous Race Track. I feel a theme coming here, but I’ll say it again. If you don’t stop… you’re doing it wrong.

If you like to be challenged like I do, this section has some super fun riding. Starting with Lippincott Pass, a narrow old wagon trail that offers dramatic views of the Saline Valley thanks to the exposed cliffs it switchbacks across.

As predicted, we spent lots of time riding back and forth for the camera here, you can see the footage in the official CABDR film and I think you’ll agree this is a stunning place. Lippincott is followed by wide open riding over fast and sweeping graded roads (heads up for cattle). If you need to make up some time, this is the place to do it. I know I’m preaching the slow life a lot here, but opening 150 horsepower on a smooth gravel road is a special thing. So are the relics of the Cerro Gordo Mine that we got to see after bouncing along the loose and rocky climb over Cerro Gordo Pass.

We’ve clearly made our way out of the eastern California desert and onto the eastern slope of the Sierra. The towering peaks of Mount Whitney looming in the distance are a dead give away to that. As we chomp up a few desolate miles through the floor of the Owens Valley, the scenery begins to change even more with the funky mushroom shaped rocks of the Alabama Hills. This place is best known for the hollywood westerns that were filmed here, so I’m expecting a giant gun fight to break out from a movie set at any moment. It didn’t happen, but camping on the rocks and drinking a beer as the alpine glow lit up the mountains was one of the top moments in this entire journey.

The home stretch, the official end of the journey. I’ve got my heart set on soaking in the Benton Hot-Springs at the end of the day, and I must admit, I pulled a bonehead move while riding some two track leaving Alabama Hills. I hit a hidden rock tucked next to a bush on the side of the road and instantly felt a shooting pain up my leg. Convinced I had broken or torn something, I missed a big part of this section. I did however manage to ride up and into the Reward Mine. As I mentioned, take advantage of the unique experiences you get to have if you take the time to explore on your motorcycle. Well, this is one for the record books in my opinion. A daunting open mine shaft consuming all light, that you get to ride into the heart of. This isn’t a tourist attraction, there’s no fee to pay or lifeguards to save you if you get lost in the darkness. It’s just a massive hole in the earth big enough to fit a few motorcycles.

With eight days and over 800 miles behind me, relaxing in yet another hot spring is the perfect place to recap what I’ve seen and done. There are places on the fringe, buried among the hills and canyons and deserts that require effort to be experienced. To be cliche, they are off the beaten path, and that’s precisely what makes them special. The CABDR is full of these places and I can’t wait to uncover even more of them when we tackle the second half of the state the coming years.