When my high-school friend and the best man from our wedding some 24-years ago invited me to join a three-day trip overlanding from Beatty, NV, through Death Valley, ending in Tonopah, NV, something told me—“you needed to go.” 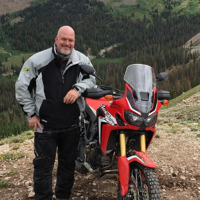 Corey Eastman
Blog
This is some text inside of a div block.
Published:
May 28, 2019

When my high-school friend and the best man from our wedding some 24-years ago invited me to join a three-day trip overlanding from Beatty, NV, through Death Valley, ending in Tonopah, NV, something told me—“you needed to go.”

But who to take?

Our Overlanding game is weak. If you don’t know, Overlanding is the latest term for car camping, which is camping from your car… Finding the road-way-less-traveled or better yet, no road at all. Cooking, camping and other things, wherever the end of the day finds you. The category is exploding with full-on RVs, rooftop tents, trailers and every gadget imaginable.

Our current 4×4 is a 1971 Ford Bronco. I have gone through every mechanical, fluid, and electrical system, so it is mechanically sound and reliable. It does lack a certain level of creature comforts. Things like air conditioning (the windows work), stereo (Spotify Premium and a portable speaker), quite interior (I got nothing) are all still on the to-do list. My long suffering wife thought the trip sounded epic, for me, and graciously bowed out so one of the children could go. Then promptly started planning a girls weekend for the week of our return.

So which kid? Our sixteen year old son has had tons of Dad adventures from backpacking with the Scouts, to motorcycle and 4×4 trips, he has seen a good amount of backcountry. His camping skills are solid, and this would be a great opportunity for behind-the-wheel time. But, school and other commitments made his schedule a bit too hard to adjust.

What about that little one who is constantly singing, dancing, yammering on about horses and refusing to practice the recorder? Perhaps she would be up for the trip. Sarah’s initial concern was that her fourth-grade class would find it too hard to work in her absence. So I sent a note to Mrs. Amerson to make certain class could indeed continue. Thankfully, that was the case. The trip was on.

So, this is how my daughter and I found ourselves driving to Beatty, NV, late on a Thursday afternoon. SoCal traffic did not disappoint, offering us plenty of time to catch up on playground gossip and chat about any interesting vehicles and sights we encountered. We slowly made our way to Baker, CA. Darkness had fallen, but the road at last opened up. If you have never driven a vintage vehicle late at night on a deserted desert road, you do not know what you are missing. The dim lights offer clues of what lies ahead, but overall it keeps things a surprise.

At 11pm we rolled into the Beatty Motel 6, my nerves a bit frayed, I grabbed our bags and a couple silver bullets to help me catch a couple hours sleep.

Our Overlanding adventure started as all good journeys should—with a healthy breakfast. Mel’s Diner in Beatty makes a great meal, and the price was right. The next two days would be out in the wild, so we enjoyed eggs we didn’t cook and coffee we didn’t brew before hitting the trail.

From Beatty we found our way to an abandoned railway bed and headed west to the ghost town of Rhyolite. Well preserved with a train station and several building remains. Far from off the beaten path, it has a tourist vibe (Germans in rented motorhomes or Mustang convertibles) that we would soon outrun in our travels. Worth the visit regardless.

Adjacent is the GoldWell Open Air Museum, funky art made of found and deliberate instillations with at least one thing sure to strike everyone’s fancy.

Pictures taken and a bit of excitement over a rattlesnake, we pressed on and into Titus Canyon.  I have gone down Titus (one-way) a couple times on a motorcycle, but this was the first time in a 4×4.

At Rhyolite, I had given Sarah my digital SLR camera with 18-200mm lens, mostly to try and entertain her, but the effect was much more intense. She took to photography with great enthusiasm and truly started to look at things differently. Personally, I have enjoyed photography since high school, but have never had the chance to really see the passion instilled into someone. This was the start of what would become an 1100-plus image adventure.

We had a perfect day for the canyon, and none of us had ever seen it so green, so alive. A point not lost on a little girl with a camera.

Titus Canyon takes you through Leadfield, into some truly amazing rock formations. It leads you into Death Valley National Park, where we hit the biggest section of asphalt we would have to endure. Why endure? Well 100 degrees is not that hot for DV, but a bit much in a non-air-conditioned Bronco, especially if you are 10. Discomfort soon passed as we made it to Oriental Wash gaining altitude towards the Nevada state line.

It is easy to imagine what it must have looked like 100, or even 200 year ago. For the most part, exactly the same. Not true for Gold Mountain as it was obviously happening a hundred or so years ago. The work must have been miserable.

It was here that we suffered our only mechanical setback. It seemed the washboard roads had vibrated the electrical ground of the Bronco just loose enough to make the starting circuit incomplete. A quick diagnosis and easy fix, the exploring continued.

Lee promised a waterfall and that was exactly what we would get. This ain’t the movies, so get those images out of your head. But there, at Stonewall Spring, sprang a spring. Down the rocks and into a small pool at the base. Where does it go from that point? Anyone’s guess really. We had company at the spring. Most welcome was a beautiful wild Mustang. Sarah could hardly contain herself. Seeing it in this setting was truly inspiring.

The horse was alone in species, with a whole pack of wild burrows as company. Spring, being spring, we even saw two male burrows challenge for the love of a maiden. “What are they doing Dad?” asked Sarah. “Wrestling,” I told her. “Why?” She asked. “Because.” I said… “Hey, look at those flowers…” I redirected.

As the credits started to roll on that episode of Wild Kingdom, we headed out and Sarah’s attention was again diverted to the Mustang. Imagine the places my little girl and that wild horse will go in their life times. I know, in that moment, Sarah wished they could take that journey together.

And so we again found abandoned rail beds, offering a slightly raised view of the desert floor.  As we cruised I asked my daughter if she thought that maybe 100 years ago or more, a 10 year old girl named Sarah might have stared out a train window. What would she have seen? What would she have thought? Was it much different from today? I pontificated. “When is lunch?” She asked. Ya, probably the same.

Taking the train bed is cool. Turns are long and arching, deliberate. At the outside of Goldfield is the International Car Forest of the Last Church. Created by Nevada artists Chad Sorg and Mark Rippie, this apocalyptic monument is strange, but somehow perfectly at home in the Nevada desert. We stopped and made lunch. Sarah, now calling the camera, “her camera” finished half a sandwich and was off with Ms. Heidi to explore and document. Overall scattered, and not a place that is capable of having logic applied, but wonderful in the randomness of it all.

The actual town of Goldfield is rich with history, and wanting for revival. A perhaps underfunded effort is underway to restore the original highschool. An impressive structure today, I can only imagine what it must have been like. The courthouse is the longest in operation in all of Nevada, and Nevada has been using courthouses for a very long time.

The main building downtown is a very large hotel, it too, waiting for restoration. With a hand written sign on the door soliciting for contractors.

Have a hammer and don’t mind traveling—opportunity abounds in Goldfield.

It was a pleasant place for a stroll, it even had a souvenir shop that allowed Sarah to find a little something for her mom, and herself, as a touch of homesickness might have been creeping in.

As nice as Goldfield is, we still had some miles to travel, camp to set-up, dinner to cook, etc. So we hit the dirt once more heading to Lower Rock Shelter, at the edge of a large dry lakebed.  Edging famed Area 51, combined with the many Native American artifacts, animals and funky rock shapes give it a bit of a spooky vibe. We tried to set camp close to rocks, wanting to protect ourselves from the wind.  Reality—if you are in the desert, you are in the wind.

‍
Regardless, we made do, made camp, made dinner, and made great conversation about the places we had seen. A true feeling of peace set in. Car camping, Overlanding, just being with old friends, hearing and seeing how they are doing is priceless.

As Ted spoke with great pride of his kids, his grandkids and all that they are doing, I could not help but smile. I have been a small part of that circle, and I could see that he took pride in seeing Lee and I evolve as well.

Most of all, I watched my daughter. Ten is a great age. She is smart, whitty, full of beans and thirsting for wisdom. I wanted a trip with her before she realized that I’m just making it up as I go. Doing what I can to make it through the day. In her eyes, I am, who I wish I was. And maybe, just maybe, I am a bit of the person she sees me as. I watched her build a relationship with people who helped shape me. I watched her see the world anew, through a viewfinder and 18-200MM lens. I love her eye, as I love all of her.

The next day we made breakfast and cruised the lakebed into Tonopah, NV.  Said our goodbyes and headed south, knowing that in less than 24 hours life would resume. Sarah read her book most of the trip as the desert wind blew her hair. The Bronco droned it’s wonderful 302 Ford V8 drone and though my back was sweaty, part of me hoped it would never end. We cut through Death Valley, made our way into Randsburg, a favorite CA ghost town of mine, and probably the best place ever to get an ice cream sundae.
‍
Hours later, we made it home just in time for dinner, thanks to Mom and Grandma keeping things at a slow cook. Just in time for life to start where it had stopped. But for her and I, we will always have this time spent. I hope we get another thousand trips just like it.